Italy is a sailing area of superlatives, surrounded by water, caressed by the sun and blessed with natural beauty, art, and a rich historical heritage. You can sail there almost everywhere, so the choice is yours.
Our recommendations focus on the most beautiful and popular spots with a good infrastructure for sailors at the same time. We think these are: 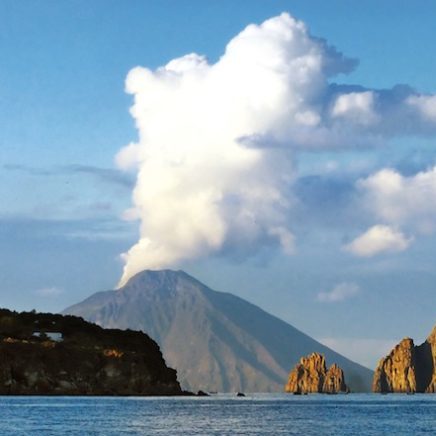 The Ligurian coast   The Ligurian coast is a spot for travelers who enjoy sailing along a breathtaking cliff coast with lush vegetation and beautiful gardens, and who want to explore the interspersed coastal towns with their rich cultural heritage and the culinary offerings.   Starting point for an exploration is Genoa, formerly known as the «Maritime Republic», one of the richest city-states of the world at that time. From there you can either sail westwards to France, or along the steep coastline of the Bay of Rapallo towards Cinque Terre and La Spezia, the old naval base. On the way you shouldn’t miss to make a stop at chic Portofino, where in summer you can watch the rich and famous with their luxury yachts. Despite of this, the former fishing village has lost none of its charm.

Tuscany stands for beauty, art, nature and inspiration. It is one of the most traditional cultural landscapes in the world, preferred place to live for many artists and great thinkers through centuries until today.
The sailing area consists of a smaller number of islands in an archipelago, including Elba as the largest and most historic. Napoleon has spent ten months in captivity high above the bay of Portoferraio.The easiest way to visit Elba is to sail from Piombino or Punta Ala on the Italian coast, just 15 seamiles away from Portoferraio, the «Iron City» and the main town of Elba. The bay of Portoferraio provides protection and is therefore a popular training area for the many sailing schools in the area. A trip around Elba island with a visit to the picturesque towns of Marciana Marina, Marina di Campo, Porto Azzurro and Rio Marina is a must for the visitor. Also, you should not miss the trip to Corsica, if only to enjoy the panorama at the entrance to the port of Bastia. The route is suitable for a night ride. However, you should carefully watch container ship traffic.

Best season: spring and autumn from mid-April to mid October. In summer it can get crowded.

Sardinias offers all kind of scenic views: bizarre rock formations, caves, deep in the land-reaching bays, as well as long sandy beaches and dunes. The best known and most popular coastal region is the Costa Smeralda in the north, between Corsica and Sardinia and close to the street of Bonifacio, notorious for occasionally strong winds. Sailors should also consider the trip to Corsica.

the islands in the Gulf of Naples are legendary and have been subject in numerous songs and movies. Capri with its Blue Grotto is considered the most beautiful island in the Tyrrrhenean sea, and probably it is the most visited. Ischia and its picturesque main town of Ischia Porto, the thermal springs and the beautiful pine forest scenery are not less impressive. Procida island is more quiet. Like Ischia, it is of volcanic origin and covered with rich subtropical vegetation.

Further north-west, it is worthwile to visit the Pontine Islands . It is a group of five islands, but only two of them are permanently inhabited, among them the main island of Ponza with its picturesque villages, surrounded by white cliffs, secluded coves and sandy beaches. The uninhabited island Palmarola is one of the most beautiful in the Tyrrhenian Sea.

Visitors to the Gulf of Naples, should allow enough time for land excursions. Especially noteworthy are: the Herculaneum, the archaeological site of Pompeii — where ancient live becomes almost real, a trip to Mount Vesuvius or to the towns of Sorrent and Salerno.

Further South of Capri you will find the Amalfi coast. For many visitors this coastline is the most beautiful in the whole Mediterranean, due to its spectacular coastal cliff — formations and villages that are built into the steep rocks of the coastline. Historical centers are the towns of Amalfi, once Maritime Republic as Genoa, and Positano, which is sharply climbing up the hill along with the coastal cliffs. Both places offer themselves for a relaxed walk through their narrow medieval streets and a restaurant visit to taste the excellent specialties of the regional kitchen.

Further south you will sail along the Cilento Coast, part of the Cilento National Park. This is an area of untouched nature with small sandy coves, hidden behind massive rock formations. Sailors with enough time shouldn’t miss to visit this part of the coast during their tour through the Tyrrhenean Sea. Our charter partner «Breeze Yachting» is offering one way charter arrangements with the takeover of the yacht in Salerno and return in Vibo Valente.

From Sicily, we recommend to go on a relaxed sailing trip to the Aeolian Islands and their Volcanos. On Vulcano Island, you may want to climb extinct volcanic craters and take a bath in gurgling hot sulfur water and mud pools. Next destination from there is the island of Lipari with its lively main town, then you may move on to Stromboli with its still active volcano. Best Time to climb up to the volcanic crater is full moon. Try to start trekking in late afternoon in order to arrive on the top before sunset and enjoy the beautiful view from the summit over the sea and the islands. After sunset, watch the fascinating volcano fire in the darkness and descend in light of the full moon. The trek requires good physical condition. Alternatively, follow the pathway to the volcano to the point of the ascent. There you will find a pizzeria with a terrace and a good view up the the volcano. Have a nice and relaxed dinner and watch the volcanic eruptions from a safe distance!

Very mild and sunny summer with mostly moderate winds. In Sicily, it can be very hot during summer. Short winter.

Preferred Sailing seasons: Mid-April to mid October. August is the main holiday period in Italy and not recommended for a sailing holiday, as the marinas are often overcrowded 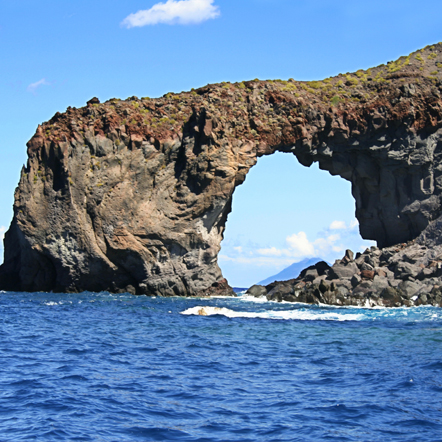 CATCH YOUR DREAMS — SAIL WITH US!